"The Mars Science Laboratory is not the first NASA mission for our technology, but it's surely one of the most exciting," said James Klein, president of infrastructure and defense products at Qorvo. "When the customer is NASA, the location is Mars, and the end user is a precedent-setting, history-making spacecraft, the word 'exciting' takes on a whole new meaning."

"Seven minutes of terror" are the words used by NASA personnel to describe the time it took for the Curiosity rover to reach the surface of Mars, after deploying from the Mars Science Laboratory (MSL). Time delays for communication between planets meant that the rover's landing could not be piloted from earth, so NASA created a unique preprogrammed landing system that employed a "Sky Crane" to lower the rover safely to Mars.

Qorvo supplied five parts in the Sky Crane's critical landing radar system — three Ka-band amplifiers, a frequency tripler and a high-power Ka-band SPDT switch. The rigors of launch and travel through space required every component aboard NASA vehicles and probes to meet uncompromising performance and reliability standards — an area where Qorvo shines.

Learn more about the five Qorvo products that helped land the Curiosity. 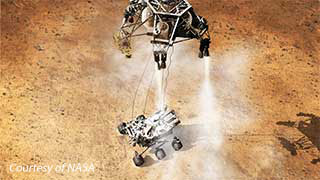 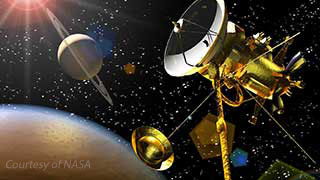 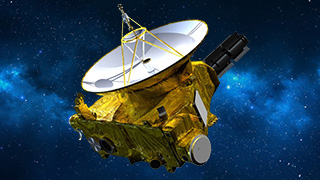 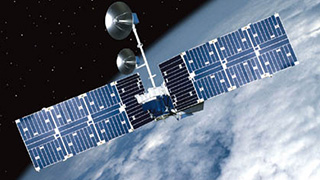